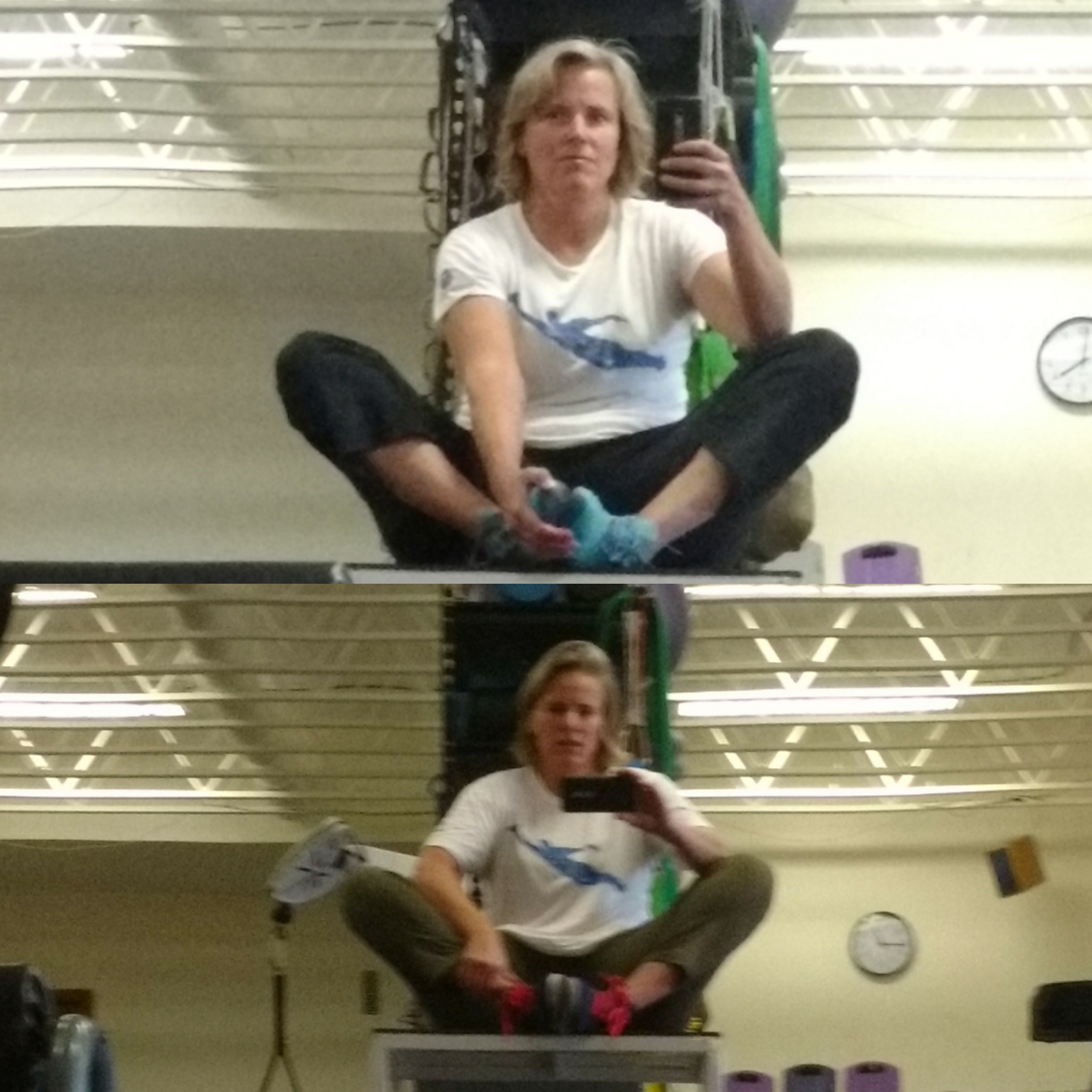 “My [insert the name of a muscle or body area] is tight. Can we do some extra stretches for it?”

Every trainer reading this knows we get some variation of this question often. It’s a logical direction: something is tight, stretching makes you less tight, therefore stretching is the solution to tightness. While it’s logical, it’s not necessarily accurate.

I have tight adductors (groin muscles). I always have. Recently, I decided to do try doing something about it, so I took a before shot, and then added three sets of about 60 second adductor stretches to my workout program, which I then did two to three times a week for six weeks, and then I took an after shot. Here they are: 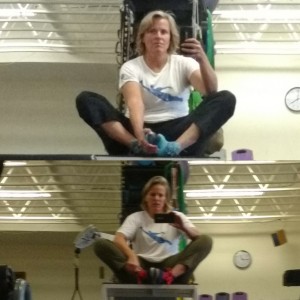 Admittedly the photography isn’t the best, but amazing improvement, right? What? You don’t see it?

Me either. The photo on the bottom is the after, by the way. I think there’s a bit more range, but not much. Not only was there little to no improvement, but my hips didn’t feel good when I came out of each stretch. The discomfort wore off after a few steps, but was consistently present over the six weeks.

Works and doesn’t hurt seems like an obvious criterion for an exercise, doesn’t it?

Since it did neither of those things, I decided that adductor stretching is not for me and I’m not going to do it any more.

What do you think? Is that the right response, or does that sound like a drastic conclusion?

I suspect the reason stretching didn’t do much (good) is a combination of genetics and structure. This is a conclusion that I draw from my history (I’ve never been able to sit cross-legged well), my family (my brother has similar inflexibility), and the failure of my adductor stretching experiment.

There is a theory that lack of stability can signal the brain to limit mobility, and that in order to increase mobility, you must address that instability. I mention this to point out that lack of stability is another reason that I could have limited range of motion in my adductors. The reason I don’t think it’s that, is that I have done loads of core stability work over many years. If core stability was the key to unlocking my adductors, it would have happened long ago. And so I am sticking with the conclusion I mentioned above.

Which means, I’m suggesting that maybe there are situations where it is okay – normal even – to be tight.

We tend to carry this belief that we have to fix everything, but what if some things just are, and don’t need to be fixed? In my case, my adductor range of motion causes no pain, has no negative effect on my daily life, and does not limit my performance in either tennis or skiing, my two favourite sports. So is this really a problem?

I can see a counter argument: So you’re saying we should just accept who we are and never strive to be better.

That isn’t what I’m saying; but also, it sort of is.

What I’m actually saying is that we would all do well to accept the fact that as humans we are not built from one single mould. And since we’re not all built the same, striving to meet a generic standard is nonsensical. What if we strive to be better (the best even?) versions of ourselves and also recognize that we may not know what that looks like until we try.

Not sure if your limitation is fixable or not? Try fixing it. Can you? Great. Done. But what if after a month or two there’s little to no improvement? What if along the way your body gives you the “I don’t like this” signal? Maybe that means that for this outcome, you’re already at the best version of you.

Interested in the topic of whether or not to stretch? I wrote another post about a different scenario where stretching isn’t the answer.

Elsbeth Vaino, B.Sc., CSCS, is a personal trainer in Ottawa who enjoys talking and writing about training concepts.