Bear crawls and crab walks have made it into the gyms of many great trainers in recent years; and for good reason: We spend so much time sitting at a desk these days that it only makes sense that we talk about a return to movement.

In fact the link to the animal is so strong that you see discussions on training forums where people contemplate whether we should stretch based on whether animals stretch.

Why the one way street? If we can borrow from the animal world, why are we not lending to it as well? This was my thought process last week as I watched my 17 year old cat (that’s 84 in human years1) limping up the stairs. I thought about how little time she spends outside these days, and about the quality of our play time – the laser doesn’t hold the appeal it once did.

I’m sure you’re coming to the same conclusion that I did: It’s time to start training! But where do we start? If the FMS (Functional Movement Screen) is how I start with my human clients, it’s bound to work for my cat. If I learned anything from George Orwell, it’s that the only difference between animals and humans is that they have four legs instead of two. I am proficient with the FMS, and because I used to be an engineer I know the relationship between the numbers 2 and 4, which makes me the perfect candidate for implementing the FMS with a cat. Not convinced? That probably just means you’re not a scientist.

Not familiar with the FMS? It’s a great tool for assessing the training needs of a person (or cat) by looking at seven fundamental movement patterns: the deep squat, hurdle step, inline lunge, shoulder mobility, active straight leg raise, trunk stability pushup, and rotary stability. Each test is given a  score of out of 3, and where relevant scores are given for the left and right.

I took photos of Otis’ FMS, and present them below along with her score and a brief qualitative description, as the FMS is not just about the numbers. 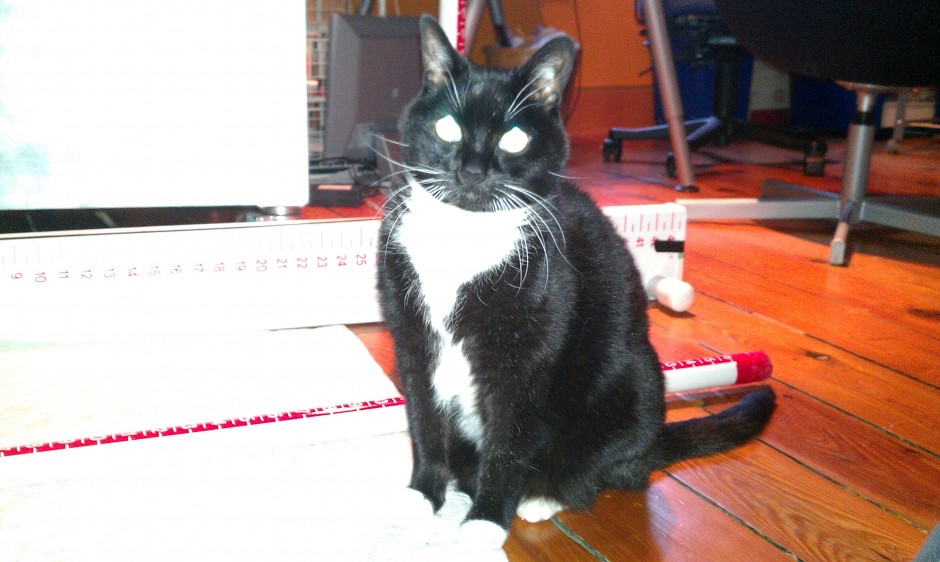 This is among the nicest squats I have seen: ass to grass, feet pointing straight forward, no knee valgus, and no lateral shift. Unfortunately her lack of opposable thumbs made it impossible for her to hold the bar overhead. 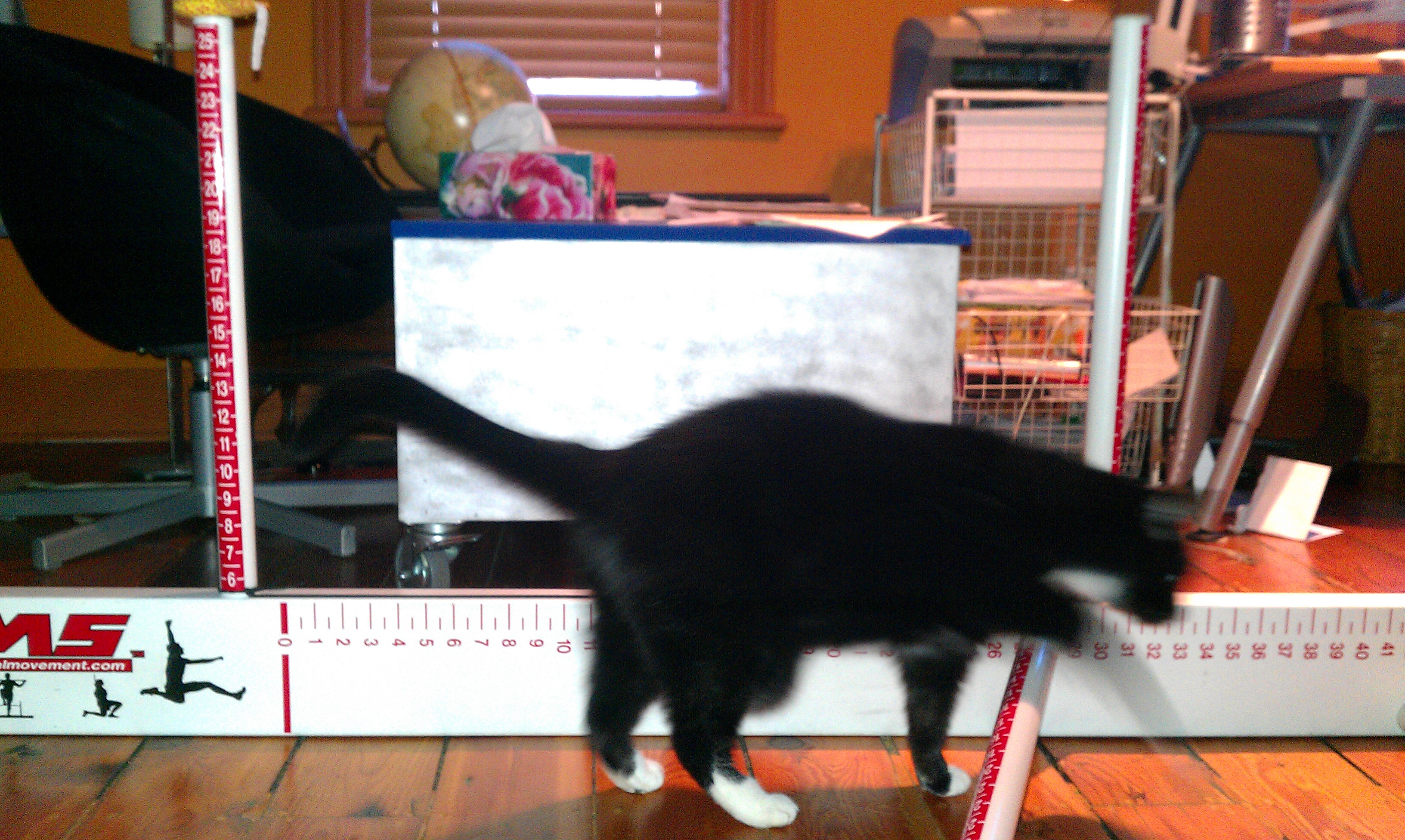 This movement was a little more rushed than I would have liked – almost as though she wasn’t even trying to do the movement at all but was just walking across the room when someone rudely put a barrier in her way. Weird. In addition to the ‘tude, you might notice Otis’s left rear leg is externally rotated. Her other side was similar. 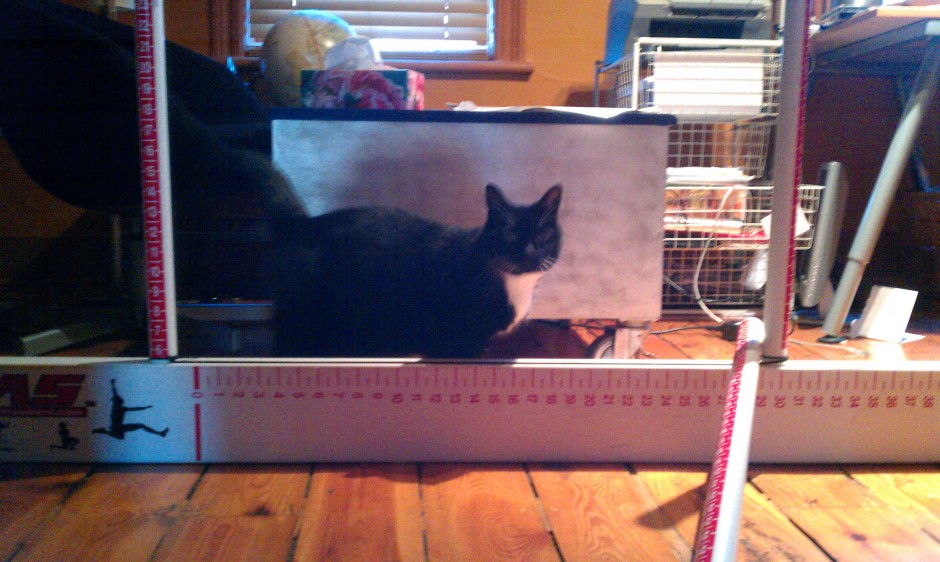 Otis demonstrates clear proficiency in this test, as evidenced by the what are you looking at? expression on her face. 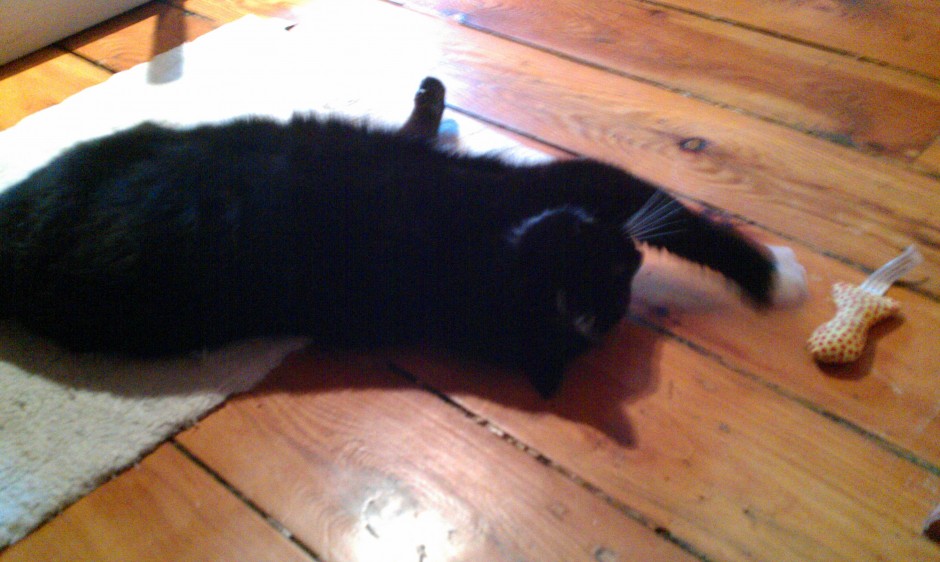 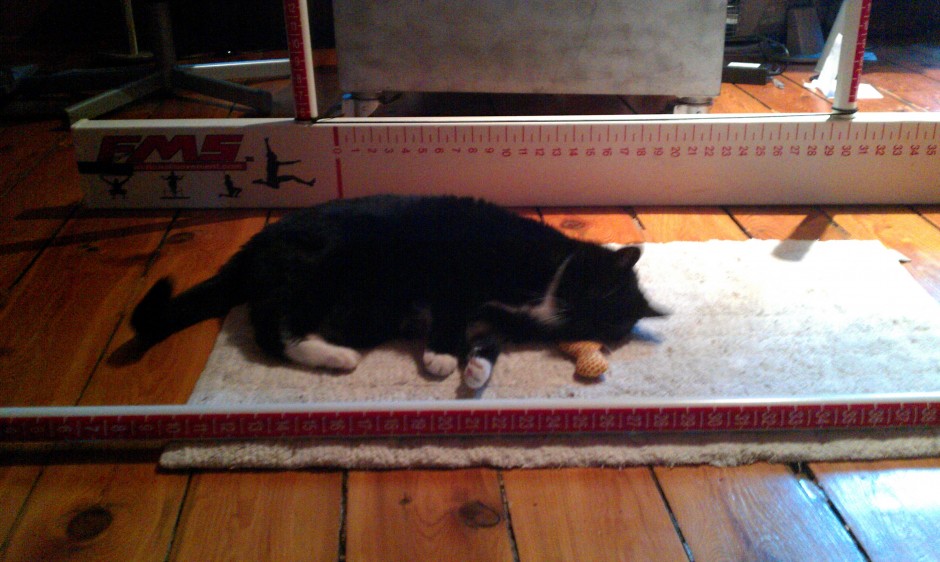 Despite repeating the instructions 3 times, Otis opted to raise and lower her tail repeatedly instead of raising her leg. I reviewed the FMS methodology to confirm that the proper approach for this situation is to take a short break from screening in order to allow the client to refocus followed by belly rubs until a pleasant rumbling sound can be heard. 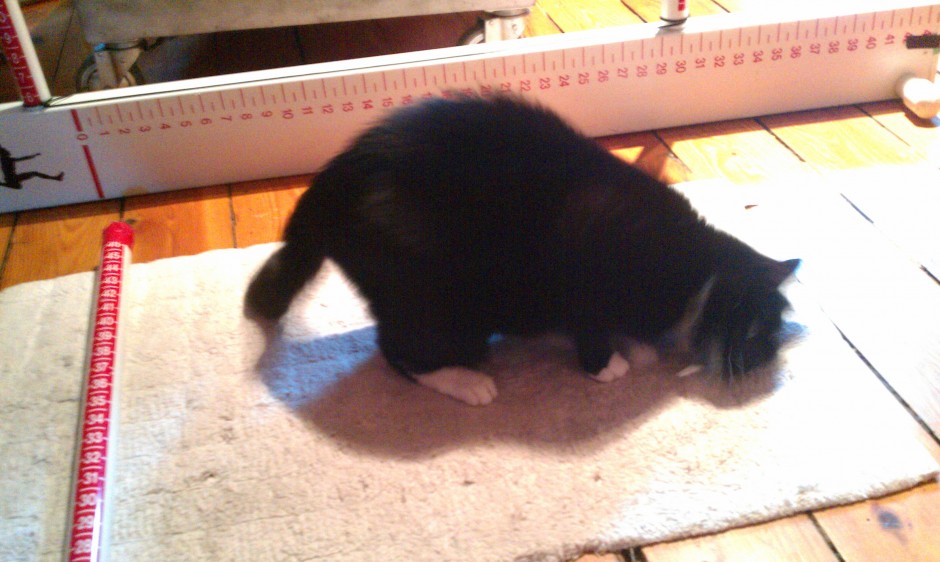 You can see that Otis’s left scapula is not stable, resulting in a lean to that side when performing the trunk stability push up test, suggesting either weakness on her left  side or a strong desire for more belly rubs. 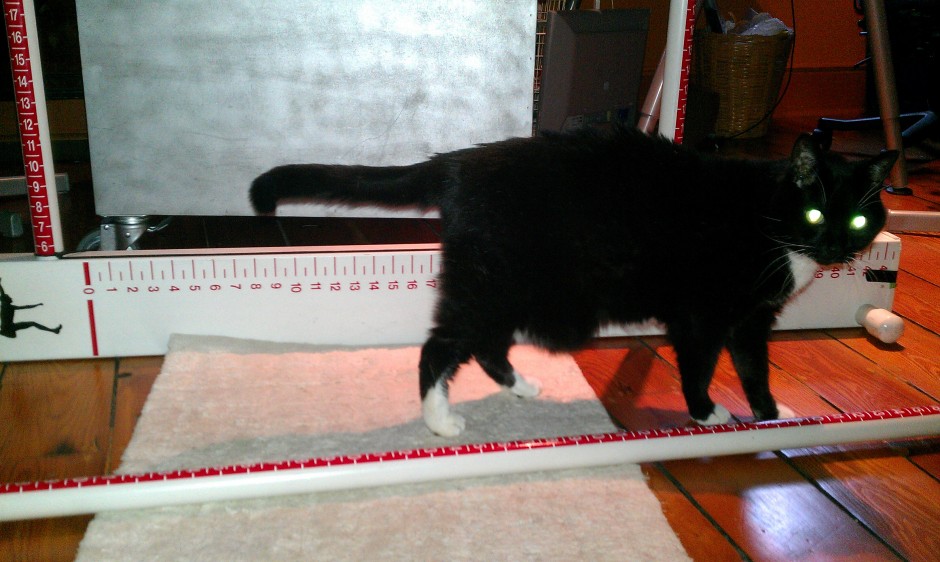 Notice Otis’s tail veers slightly to the right instead of extending straight out while she sets up for the rotary stability test? Inability to set up in the position indicates a score of 1, regardless of how well she lifted her opposite paw and paw.

Research suggests 14 as the cutoff below which one is at higher risk of injury, suggesting that Otis is at a slightly elevated injury risk during her daily games of crumpled up paper toss. I’m hopeful that we can train away some of these deficiencies and reduce the risk.

Our first training session was hit and miss. She loved the three leg Romanian deadlifts, but made it clear that bird dogs were not an appropriate choice. Lesson learned.

Elsbeth Vaino is a personal trainer in Ottawa who is either experimenting with training cats or with creative writing pieces.