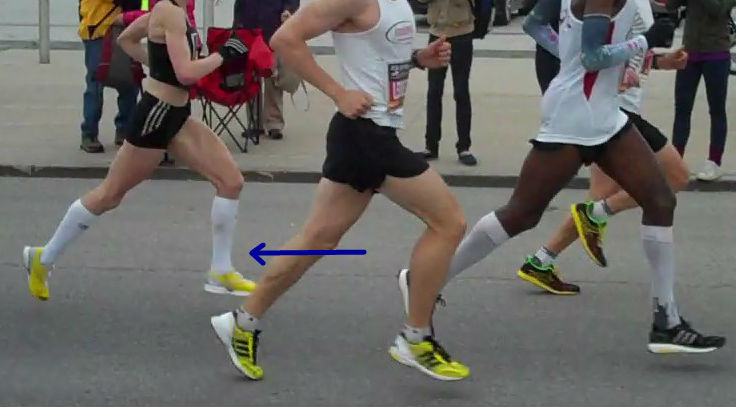 I gave a talk at a local Running Room last week, where I opened by asking if anyone has tight hamstrings. Guess how many raised their hands. If your guess is about 90%, you’re right. I then asked half the attendees to lie on their backs while the other half observed. I instructed those on the floor to place their arms on the floor at their sides with palms facing up, and straighten their legs with toes pointed toward the ceiling. I then asked them to keep both knees straight and lift one leg up as high as they could. 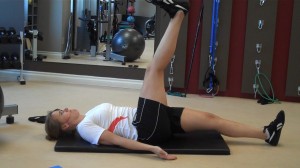 Of the 15 or so legs that were in the air, 2 were at about a 45 degree angle from the ground, while the rest were 90 degrees plus or minus a few degrees. I had the observers and doers switch places and repeat, and not surprisingly (to me), the result was basically the same. Approximiately 90% of the people in the room feel that they have tight hamstrings, but based on an active straight leg raise test, only about 10% of the people in the room actually have short hamstrings.

Which begs the question: If your hamstrings feel tight, but aren’t short, is stretching going to help?

We stretch to increase the length of muscles, but if our muscles are already long, what is stretching accomplishing? And more importantly, if the muscle is already long, why does it feel tight?

Maybe it feels tight because it’s overworked. Every muscle in the body is capable of doing more than one task, and every task that the body does can be done by more than one muscle. It’s quite a spectacular design from an engineering perspective. Imagine if your car had the equivalent of a spare tire for every single part pre-installed, and the car was smart enough to automatically engage that extra part without intervention if the main part failed. That’s basically your musculoskeletal system. It’s amazing when you think about it. The thing we have to consider is that the back-up system is not as efficient as the main. This is an engineering reality for most systems, and a reality that exists in us.

The glutes are your body’s primary hip extensors, but the hamstrings are also capable of hip extension. If you’re a runner, you extend your hips with every stride. How many hip extensions would that be over the course of a 10 k?

What if the reason so many runners have hamstrings that feel tight is that the glutes aren’t doing their job, leaving the backup system – the hamstrings – to do the full load?

To see if this might be the case with this group, I again asked half the group to lie on their backs on the floor and half to observe. This time I instructed them to bend their knees and place their feet on the floor about hip-width apart, with heels about a foot away from their butt, and hold their hands together above their chests with arms straight. I instructed them to push their hips off the floor and drive one knee toward the ceiling. I had them hold this position for about 15 seconds.

During this time a few people dropped their hips back to the floor because their hamstrings started to cramp. At about the 10 second mark, I asked everyone else where they felt it, and then we repeated on the other side, and then with the other half of the group.

Guess where most of the group felt it?

If you guessed hamstrings, then you win the prize! The prize being the knowledge that you have good reading comprehension. There were a few people who felt it in their glutes, but most were in their hamstrings. This is similar to what I see when I get new clients who are runners (and with lots of non-runners).

That is my second example of why stretching is not always the answer to muscle tightness. If you haven’t yet read the part 1 post about stretching not always being the answer, you can read it here.

If you feel your glute bridges primarily in your hamstrings (or anywhere else other than your glutes), then give this post a read, where I go further into details about the glute bridge test, as well as cues we use to address this.

Lastly, if you’re looking to up your fitness or performance game, or if you’re interested in having me come speak about movement and training to your team or sports club, hit me up via the contact form on this site.

Elsbeth Vaino, B.Sc., CSCS, is an engineer turned personal trainer who still enjoys problem solving, but prefers when movement is the topic.